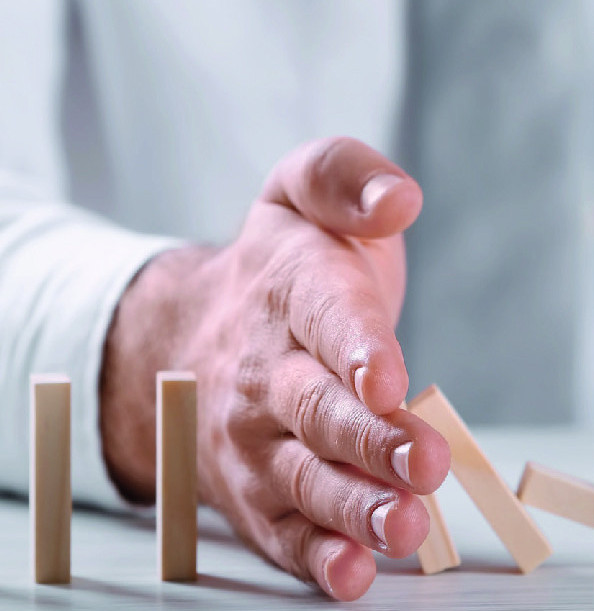 Relieved from Economic Sanctions: Iraq the New Status in the Global Financial System

It has been 32 years since Iraq first faced extensive economic sanctions from international authorities as a result of the Gulf War. The impact on the Iraqi dinar was catastrophic, sending the currency into a free fall, the local economy was crippled and international trade almost came to a halt. Iraq was facing an economic crisis and the former Government scrambled to identify temporary solutions to stop the economic hemorrhage in the country.

Fast forward to 2022, significant progress has been achieved in lifting the economic sanctions previously imposed on Iraq; once again, the country is open for international business, trade, commerce, and is a member of the international financial system.

Given the increasing political stability in the country, many foreign banks have been enticed to establish a physical presence in Iraq. For example, as per the latest Central Bank of Iraq (CBI) data, there are 74 banks operating in Iraq, of which 14 are foreign banks. Consequently, financial institutions have been increasingly bullish on the Iraqi market, establishing branches in both Northern Iraq (Erbil) and Central Iraq (Baghdad). The easing of economic sanctions has enabled such reputable financial institutions to establish their branch network in the country and provide a full suite of banking products. This has contributed to the development of human capital in the country and created incremental jobs within the financial services domain.

Asides from banks physically operating in Iraq, an increasing number of international banks are willing to offer their banking services from abroad to corporations operating within the country. Under the previous extensive economic sanctions, this was not a possibility as it was almost impossible to facilitate financial services in Iraq.

Banking services have increased with more correspondent banks willing to clear cross-border transactions for payments originating from Iraq, making it easier to trade with foreign counterparts. The easing of economic sanctions has also led to transactions being cleared in a quicker manner with less frictional costs arising, making it cheaper to transact overseas. Unfortunately, it is not all a positive picture; Iraq borders a number of high-risk jurisdictions, from an economic sanctions perspective, that remain under an extensive economic sanctions regime. What does this mean for Iraq?

Banks operating in the country will seek to ensure that they are not providing cross-border payments in the United States Dollar (USD) for sanctioned entities, individuals, or corporations. In order to safeguard the financial system, an adequate control environment is required, and enhanced due diligence is applied to payment systems and the SWIFT network to ensure full compliance with economic sanctions imposed by the European Union (EU), the Office of Foreign Asset Control (OFAC), the United Nations (UN) and Office of Financial Sanctions Implementation (OFSI). A number of individuals living in Iraq remain on global sanctions lists for various reasons and primarily due to their affiliation with terrorist organizations, e.g., ISIS. The pertinent individuals need to remain outside the global financial system, and the first line of defense responsibility lies with banks operating in Iraq and correspondent banks providing USD clearing services for banks based in the country.

Banks operating within Iraq have taken several measures in recent years to ensure compliance with local regulations mandated by the Central Bank of Iraq (CBI) and international authorities that impose economic sanctions on Iraq. As a result, the control environment within the banking industry has improved, and there is an increasing awareness of how to comply with international economic sanctions. In addition, human capital has developed and international banks have launched a number of training programs targeting Iraqi talent working within the local banking industry to build further capacity.

Iraq has always been an attractive destination for Foreign Direct Investment (FDI), given the extensive oil reserves in the country and rich trade history dating back to the Babylonian era. However, the Gulf War put a prompt halt on FDI and international hedge funds and sovereign wealth funds lost their investment appetite in Iraq since 1990.

Given the revival of the economy, the easing of international economic sanctions and the growing political stability, FDI has once again resumed. Major funds from Asian and Western economies such as the United States of America and the United Kingdom have recommenced their investments within Iraq, with the view of rebuilding the country. Chinese and South Korean corporations have also resumed their project financing projects, primarily supported by international export/import banks. Seeing the Export-Import Bank of Korea (KEXIM) and United Kingdom Export Finance (UKEF) resume supporting project financing in Iraq, provides great comfort to investors sitting on the sidelines and contemplating committing their equity to projects within the country.

There has never been a better time to digitalize financial services in the country and create the first unicorn FinTech in Iraq. With a growing youth population and relatively a high mobile phone usage rate, the Iraqi population is ready for an effective Payment Services Provider (PSP) to cater to the needs of the entire population. The lifting of economic sanctions has made it easier to undertake domestic payments, i.e., due to the enhanced availability of technology in the country and the increasing supply of mobile phones and tablets. Enabling Iraqi people to quickly initiate and receive payments both domestically and from abroad has also become a real possibility in the new economic era.

Newer financial services concepts such as Decentralized Finance (DeFi), trading of Non-Fungible Tokens (NFTs), open banking, and blockchain are all readily available to be offered within the local economy. It is promising to see younger Iraqis having access to crypto-exchanges globally and being able to invest in cryptocurrencies and assets without the restrictions of extensive economic sanctions. The availability of such financial services will drive further economic possibilities in the country and put the next Iraqi generation on the international platform. Young Iraqis can now contribute to the growing blockchain ecosystem and undertake mining in Iraq, creating new blocks within the blockchain. Aspiring artists are able to express their emotions and create art in the form of Non-Fungible Tokens (NFTs), with a view of offering their artwork to the world through international NFT marketplaces.

Economic Sanctions – A Blessing in Disguise

Extensive economic sanctions were a blessing in disguise for Iraqi youth born in the 1980s, 1990s, and 2000s, as they taught this generation resilience and patience and equipped them with a mindset to overcome adversity to achieve prosperity. They taught this generation to embrace hardship and become increasingly independent and reliant on their own local Iraqi economy. In addition, they gave birth to entrepreneurs that needed to create new ideas to survive and feed their families. All of these factors combined will help Iraqi talent achieve a sustainable competitive advantage when launching their entrepreneurial ventures when compared to youth born in other developed countries.

Iraq has once again opened its doors for international trade, business, and commerce. Banking services and platforms have become increasingly available and many international banks have established a physical branch presence in the country. The list of banks willing to offer banking services within Iraq from overseas is becoming more comprehensive and foreign direct investment is back on the rise from global funds operating in the East and West.

Iraq remains perfectly positioned for the current economic era of financial services digitization and is back on the international platform with full access to crypto-currencies and exchanges. There is a growing opportunity to create a unicorn FinTech within the country and the increasing availability of human capital within financial services will be a key enabling factor. One can conclude that the extensive economic sanctions imposed in Iraq since 1990 were a blessing in disguise for the new Iraqi generation that has developed a robust mindset to achieve prosperity and give birth to new entrepreneurial ideas within Iraq.

View the full 7th issue of the magazine