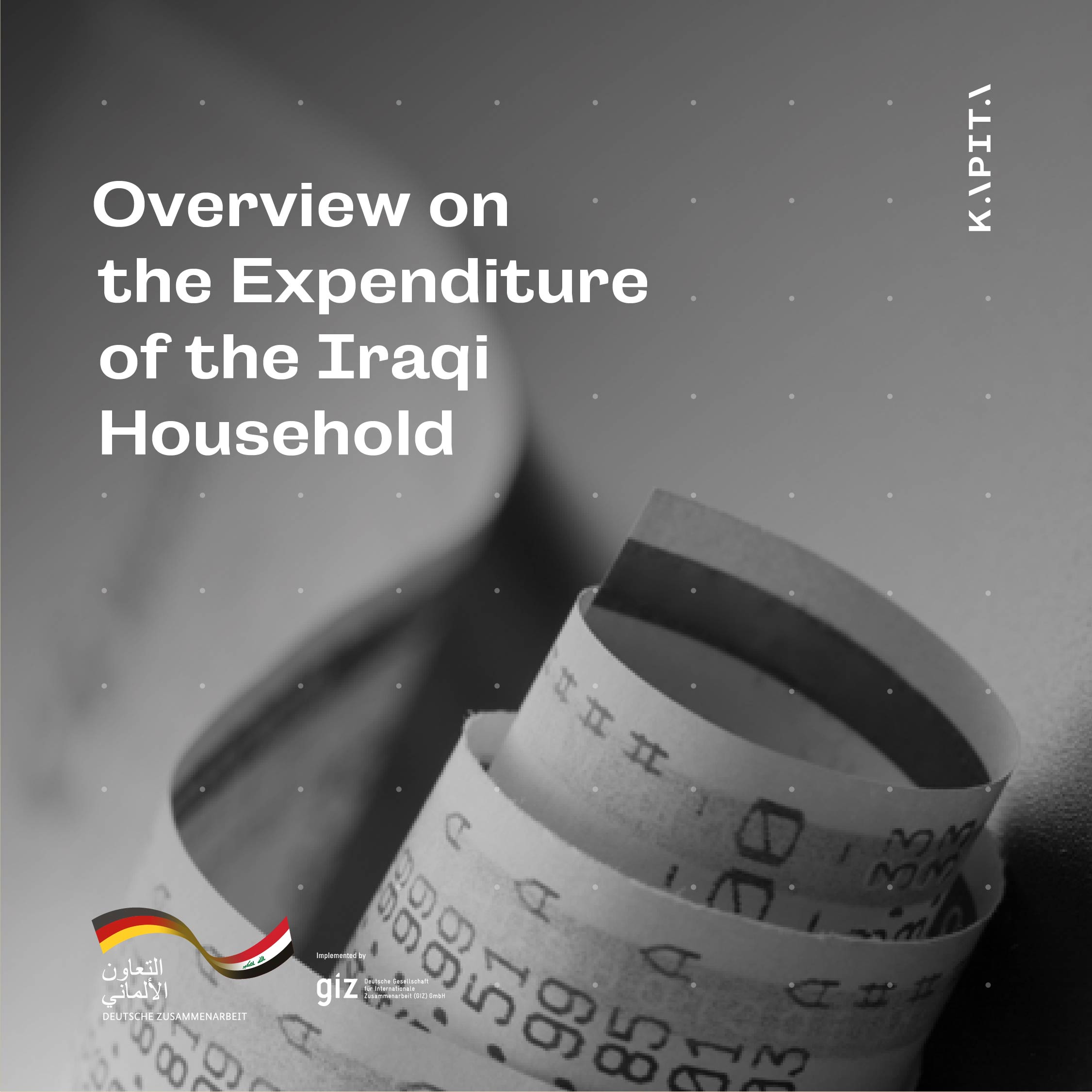 National census agencies or national government departments are the ones tasked with collecting data on household expenditure. The Central Statistical Organization in Iraq (commonly known as COSIT), is the agency responsible for collecting data on a national scale, using the Iraq Household Socio-Economic Survey (IHSES). Household expenditure reports usually cover expenditure points like food (including rations); clothing; rents and housing expenditures; and medical care services, among others.

COSIT has collected data for the years 2006, 2012, and 2018, and issued reports on all three survey efforts. In this overview, we compare the Iraqi household against households in the Middle East and North Africa (MENA) region like Turkey and Jordan, we also compare the results from previous COSIT household expenditure reports in each expenditure point.

Food expenditure in the Iraqi household was considered a major concern in the past but, as the data shows, it now consumes a little less than 35% of the total household income, with Almuthana being the governorate with the highest scored expenditure on food in Iraq. 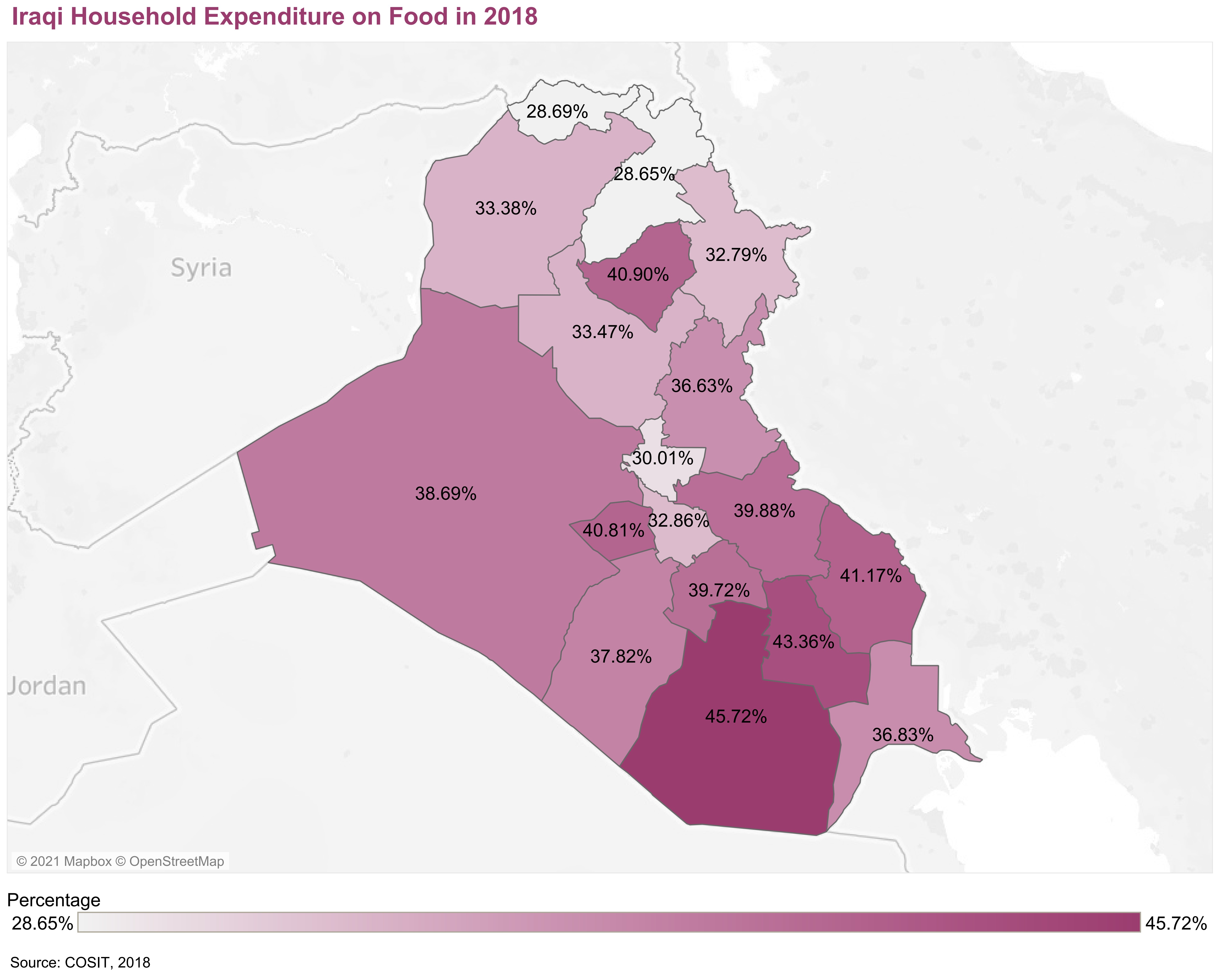 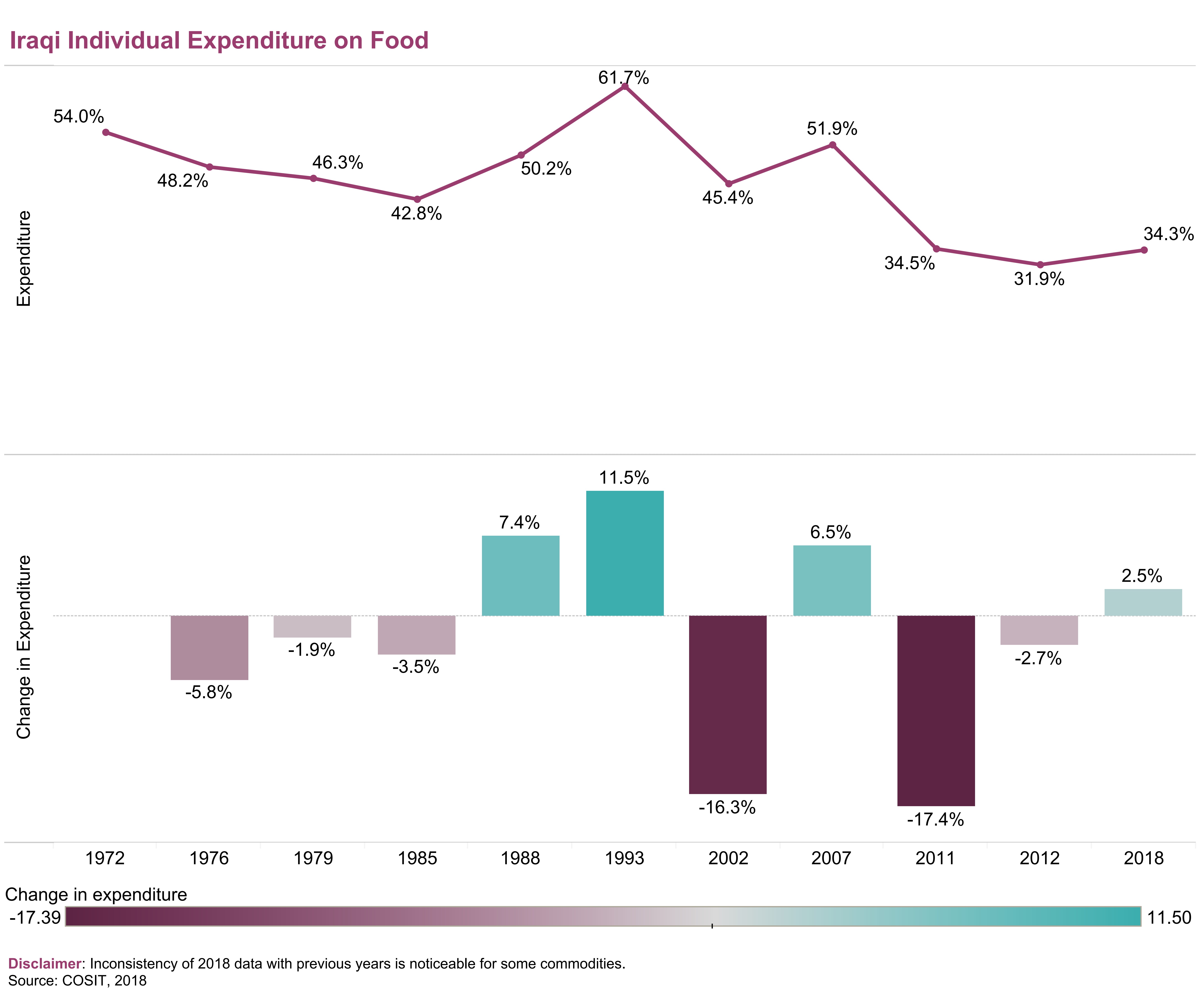 Last but not least, we discuss poverty in Iraq, how it changed through the years, and how events affected the poverty rates in Iraq. We finalize the report with some initiatives aimed at improving the conditions of the Iraqi household.