KAPITA’s incubation program, Orange Corners Baghdad graduates its second group of 20 startups successfully, after a period of 6 months of training at KAPITA’ s headquarters in Al-Mansour.

Starting from late September 2020 to mid April 2021, the startups received training in various topics like the Business Model Canvas, Finance, Market Research, Branding, Market Fit and Communication and many other important topics. All to prepare them to develop their own successful businesses.

At last, to mark the end of their journey, Orange Corners Baghdad hosts the graduation ceremony with the presence of many major speakers as they share their insights and experiences with the Startups. Starting with the H.E. Michel Rentenaar, The Ambassador of Embassy of the Netherlands in Iraq

His excellency flagged the importance of programs like this one in passing the fundamental knowledge and skills to be successful entrepreneurs. He also added “This is just a beginning, dream big, start small”.

We also hosted Mr. Mujahed Waisi KAPITA's Founder and Orange Corners Baghdad Incubation Program Manager as he mentioned that throughout the program a lot of the startups have matured and some have already employed many staff and some are progressing in the market. He also flagged the importance of OCB Incubation program and said “A lot of the startups come with a confused business model and we aim to help the startups modify their business models to be able to have a successful launch in the market”.

He also added “This is not the end, the challenges and opportunities are just beginning. The market is competitive and you will need to continuously develop your business.”

Followed by Mr. Aous Yunus, the Public Relations expert at Asiacell, during his speech he highlighted "Asiacell believes that the startup ecosystem has a promising future in Iraq. Although it is challenging for the entrepreneurs, with hardwork and perseverance they can overcome those challenges. Also as a leading Telecommunications company, we believe that we need to support the entrepreneurship scene in Iraq to prosper."

He also added, “Asiacell is keen on sharing its employees’ expertise and professional experiences with the entrepreneurs in Orange Corners incubation program by giving out professional training workshops and practical consultations.”

Orange Corners Baghdad family is very happy to partner with an established Iraqi company like Asiacell that is constantly pushing for a better Iraq.

Last but not least, Mr. Theodore A. Klouvas, Program Manager of Orange Corners Middle East & Africa from the most entrepreneurial city in the Netherlands, Rotterdam.

He said that the entrepreneurs must focus and be ready to work extra hard. He also mentioned that the entrepreneurs received all the components to achieve success through the incubation program, which is implemented by KAPITA. However at the same, Theodore mentioned that “we can’t give you success, you have to find the right recipe that fits you and make something very tangible and sustainable, a product of service that everybody wants”

He also mentioned the importance of utilising Orange Corners, KAPITA and all of our partners and everybody affiliated to the program and said “we will always be there to help you. You are a part of a much larger network now that is called the Orange Corners Family”

The event also hosted some officials from the Iraqi Ecosystem such as Mr. Salim Al-Chalabi Head of TBI as well CEOs of large corporates and media channels that covered the entire event. The event displayed a 10 minutes video that concluded the journey for the 2nd Cohort startups with some of the most important highlights of the program as well as success stories of those entrepreneurs (Link below)

Again, we thank Orange Corners Baghdad Team, the support of its partners, Asiacell , Kingdom of the Netherland and the Orange Corners initiative to help make all of this a reality. 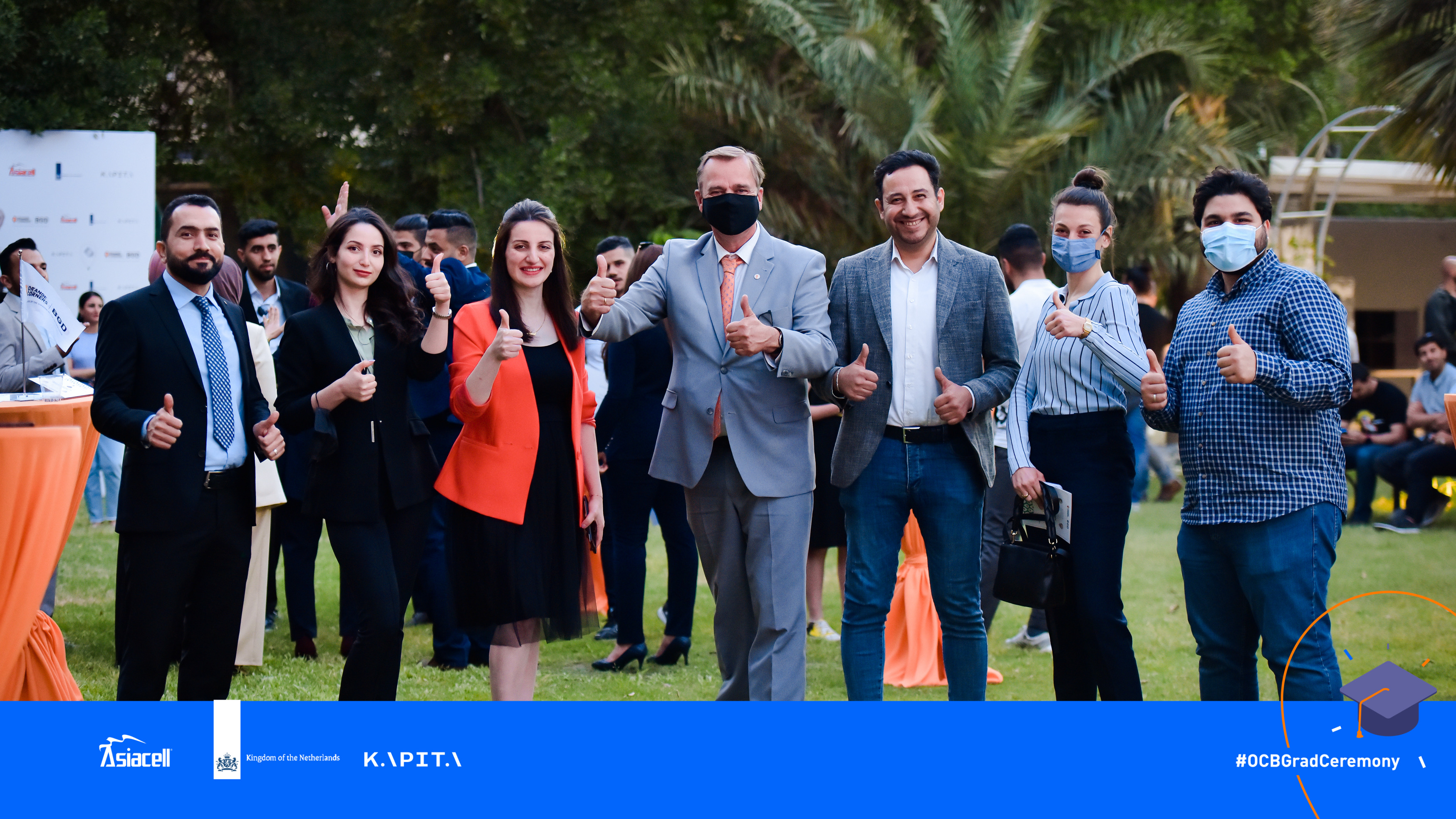 Orange Corner’s Baghdad is an initiative of the Dutch Embassy in Baghdad. The economic priorities of the Netherlands in Iraq are agriculture, water and entrepreneurship. KAPITA supports the community of young entrepreneurs in Baghdad by building youth capacity, and developing successful businesses. We incubate 20 startups for six months: starting with providing a co-working space, training and developing their business, events and masterclasses, a positive environment and an opportunity for investment.