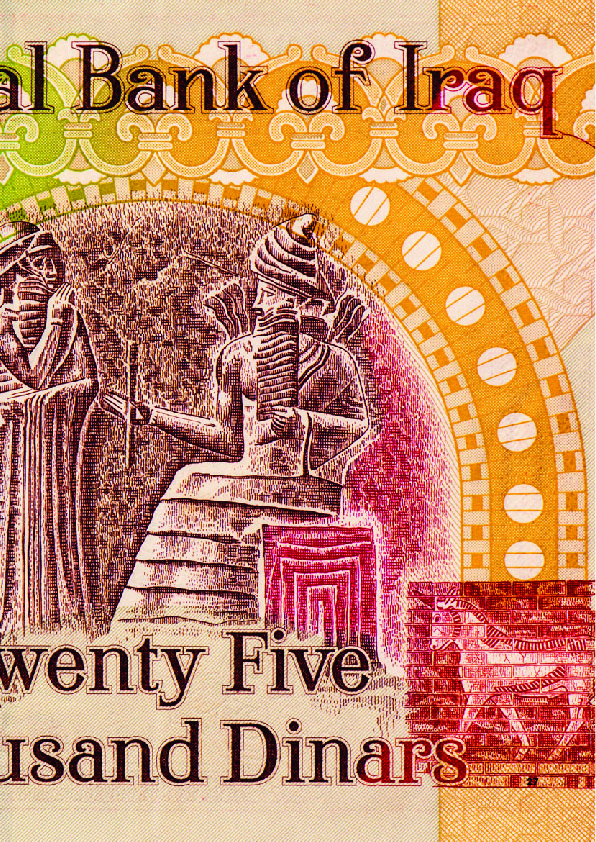 The One Trillion Dinar Initiative

Iraq has been for a prolonged period of time an oil-dependent economy, creating a welfare state. This led various sectors that can contribute to the diversification of the economy to be governmentally owned. Over time, this became a leading factor in the weakening and near demise of the private sector in Iraq. Today Iraq is entering a transitional phase of becoming a modern economy, with many youths choosing the route of entrepreneurship rather than the more traditional route of governmental jobs. With the demand on advancing the private sector, developing SMEs are on the rise, leading the private sector to finally receive a needed push to be front and center rather than an afterthought. The Central Bank of Iraq (CBI) released the One Trillion Initiative, to increase the interest in establishing SMEs and to contribute to the growth of the national economy, fostering socioeconomic growth and providing job opportunities to contribute to the overall increase of the GDP. In addition to, promoting the production of commodities, goods, and services locally to replace their imported counterparts.

Those banks are responsible for distributing the loans. The payments range from 5 million Iraqi dinars to 50 million Iraqi dinars with the chance to increase up to one billion Iraqi dinars. According to the CBI, the annual amount given to the banks since the start of the Initiative in 2015 until 2019 has been a total of over 98 billion IQD divided into 6 billion in 2015, over 16 billion in 2016, over 18 billion in 2017, over 33 billion in 2018, and over 29 billion in 2019. 60% of this amount has been awarded to the commercial sector, 25% to the services sector, 11% to the industrial sector, and 4% to the agricultural sector. The CBI has also allocated, based on a need to build housing projects, some of the One Trillion Initiative’s fund to give property loans. The CBI gave the options to the private banks to implement their loans based on a category for building horizontally-built residential complexes, with a maximum cap of 75 million IQD for citizens with nationalized salaries in private banks exclusively. There are three interest payments on the loan: one, 5000 Iraqi dinars operational costs paid once to the CBI. Two, a fixed interest that does not cross the 2% mark. Three, a fixed interest rate that does not cross the 4% mark to the guarantor.

The rules and regulations to get the loans for the banks are as follows: the bank can get an advance from the CBI of up to, but not exceeding, 2 billion Iraqi dinars, to be distributed for loans that do not exceed 100 million Iraqi dinars. On the other hand, for loans that are 100 million to 1 billion IQD, the bank is eligible to get an advance of the combined amount of loans that were requested, however, this cannot exceed 5 billion IQD. As for the duration of the loans, the CBI has provided the following guidelines:

1- The loan repayment period does not exceed 5 years and may reach 7 years, provided that the approval of the CBI is obtained.

2- In case the bank grants loans of different terms within the single advance granted to the borrowers, the CBI will adopt the period granted to the majority of the loans when recovering the advance from the bank.

3- The CBI grants, for loans whose amount does not exceed 100 million IQD, a grace period of 6 months before the borrower bank commences payment to the CBI, and the bank must grant the same grace period to borrowers.

For the loans guarantees, the following requirements should be provided: an endorsement with the approval of the sponsoring department or (the retirement department) to deduct the monthly installment if the bank requests it. That half of the net total monthly salary of the sponsor covers the monthly installment to pay the credit amount requested from the borrower. The absence of any direct, advances or loans, or indirect, guarantees of others,  financial obligations owed by the guarantor in any way exceeding half of the net monthly total salary. In the event that the remainder of the guarantor’s salary is insufficient to guarantee the amount of the credit requested by the borrower, either to adjust the amount of credit that will be granted to the borrower based on the amount of the available guarantee or to provide an alternative, or an additional guarantor. The guarantor with a high enough salary can guarantee more than one customer on the condition that half of his net total monthly salary is covered for the installments of the guaranteed.

The inivitivate is a promising step in the right direction. However, one cannot ignore the setbacks that it has. The guaranteeing part is hindering the participation of many youth, because they won’t find people to sponsor them. Also, youth are being faced with a problem that when their business model is new to the market, the bank would consider it as a high risk and would often reject to provide the loan. The initiative could be more supportive to startups. The assessment for granting can improve, and awareness of the needs of the youth who want to start their own businesses should be paramount.