On the 26th of November, Orange Corners Baghdad held a graduation ceremony for the startups graduating of its 5th cohort.

In KAPITA’s headquarters in Baghdad Al-Mansour, we were joined by a number of guests of honor to celebrate the successful end of the fifth cohort. 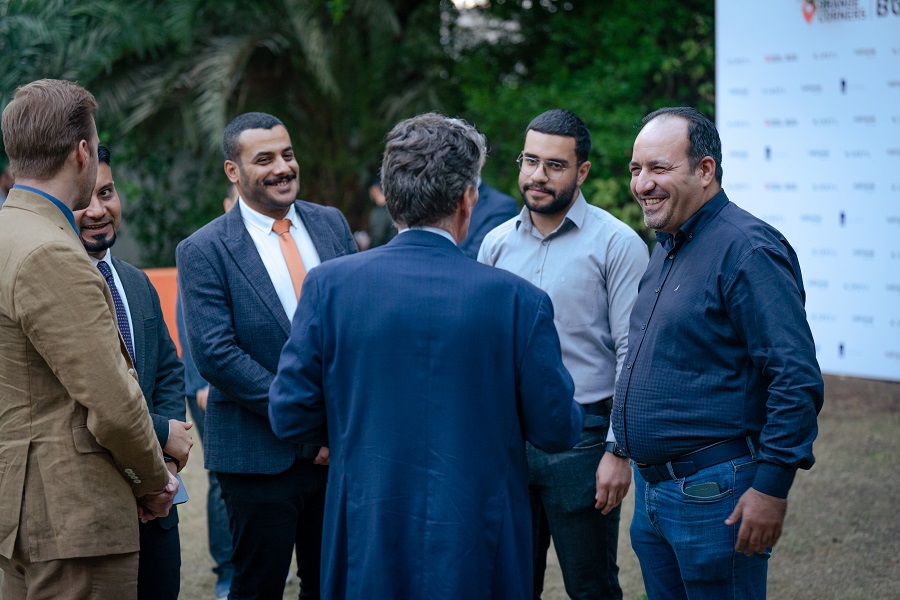 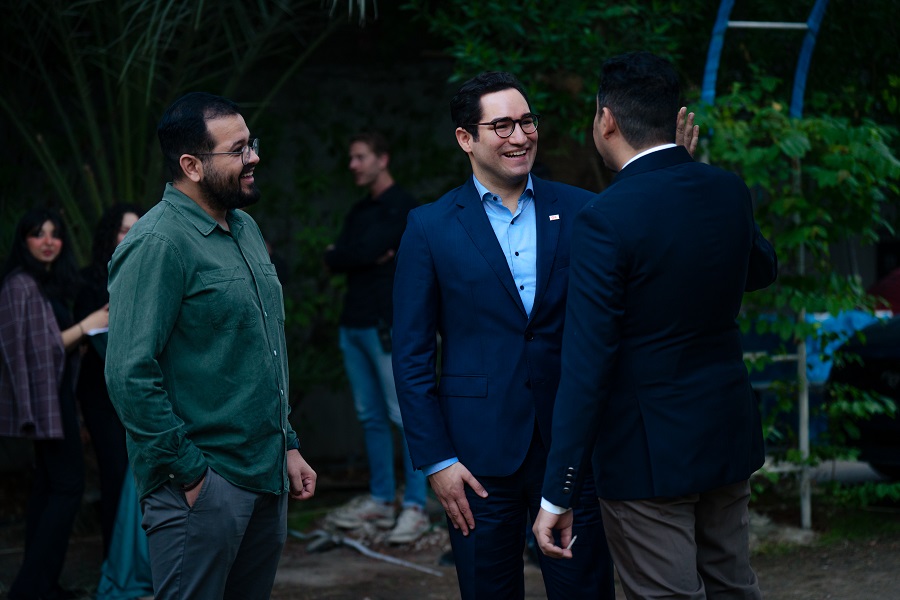 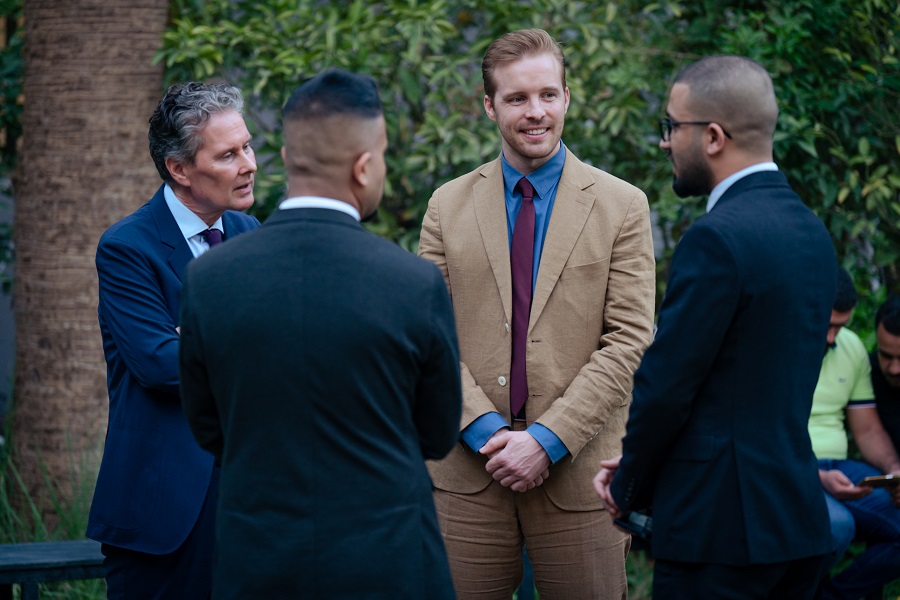 In celebration of the tremendous work and development the startups have achieved in their journey with our program, we will share with you highlights of the event and the words of our valued guests: 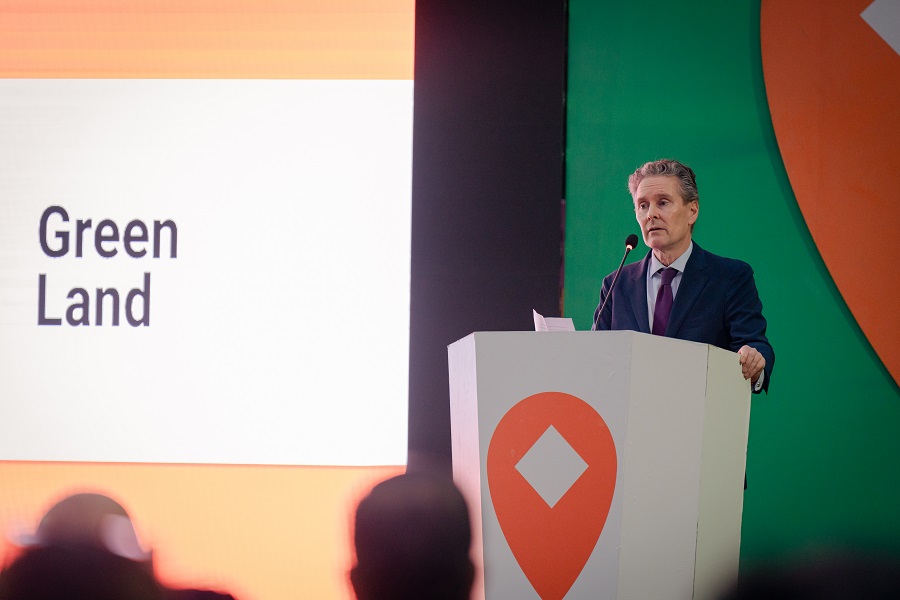 The ceremony began, with a congratulatory speech by Mr. Hans Sandee, The Ambassador of The Kingdom of the Netherlands, for the graduated startups of the 5th cohort of the Orange Corners Program.

We thank the Kingdom of the Netherlands Embassy for their impactful role in supporting our incubation program, Orange Corners Baghdad, in KAPITA. 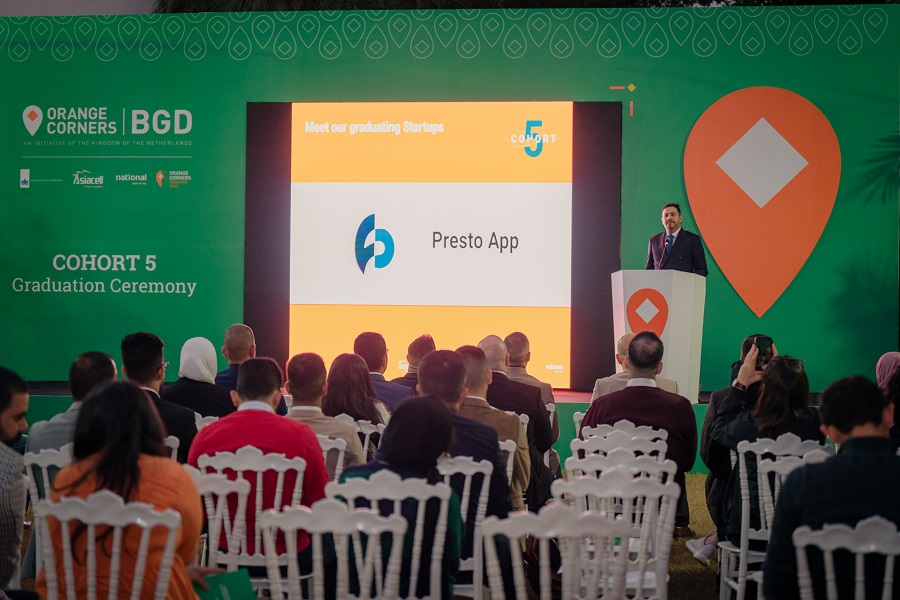 Continuing on with the event, Mr. Mujahed Waisi, Founder of KAPITA and OC Baghdad Program Manager, gave a word to the graduates of cohort 5.

Mr. Mujahed explained how KAPITA is willing to offer help and services to all the startups even after graduation as part of its continuous goal to support their success. 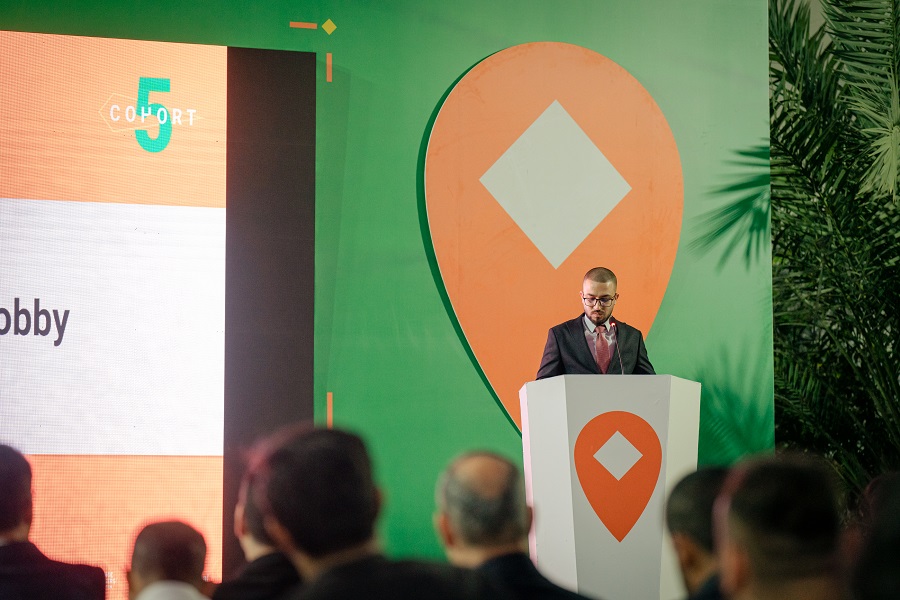 Next, we were joined by Mr. Athir Babat – PR Expert at Asiacell to present his word.

Mr. Athir spoke on behalf of Asiacell about the supporting role of it for the program and ended his word by congratulating the graduates and wishing them success.

We thank Asiacell for their continuous and impactful role in supporting the Orange Corners Baghdad program throughout all cohorts. 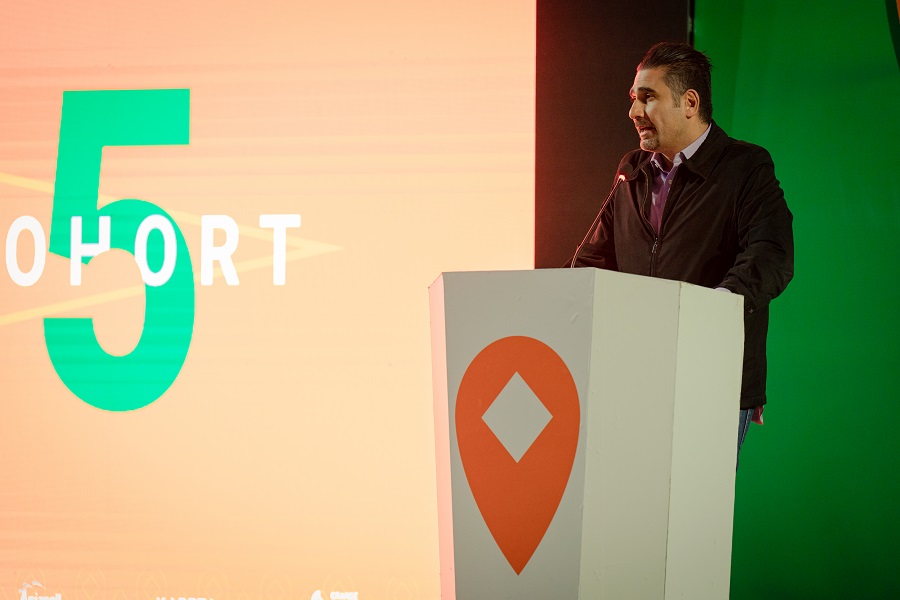 Furthermore, we welcomed Mr. Isam Samara – Marketing & Corporate Communications Director – National Bank of Iraq. Mr. Isam mentioned the role of the National Bank in supporting the startups through the Orange Corners Innovation Fund, and he wished great future to the graduates.

We would like to thank the National Bank of Iraq for their great support, especially the Financial support to the startups.

As a significant milestone of the program, Orange Corners Innovation Fund has granted financial support to graduate startups of past cohorts as part of the OCIF Track 2 program. 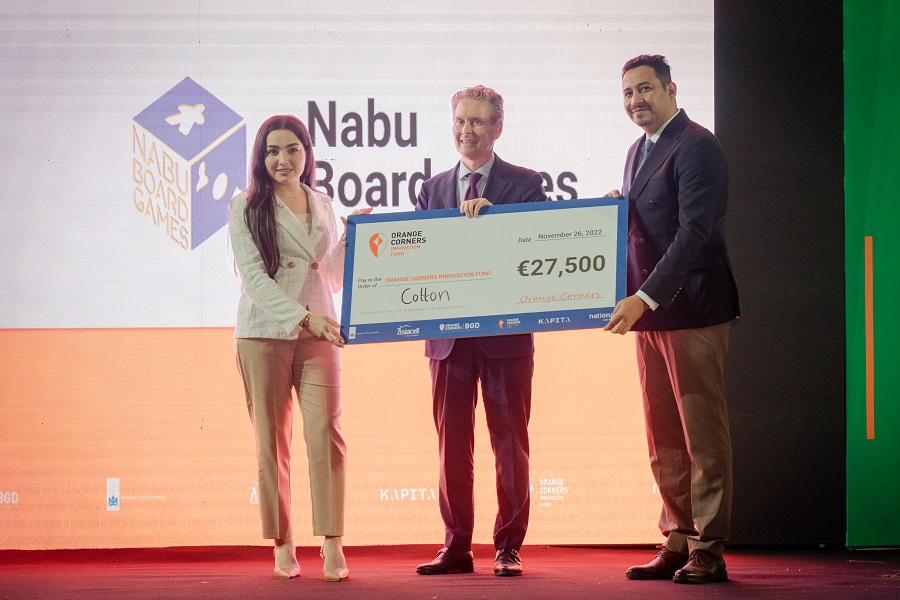 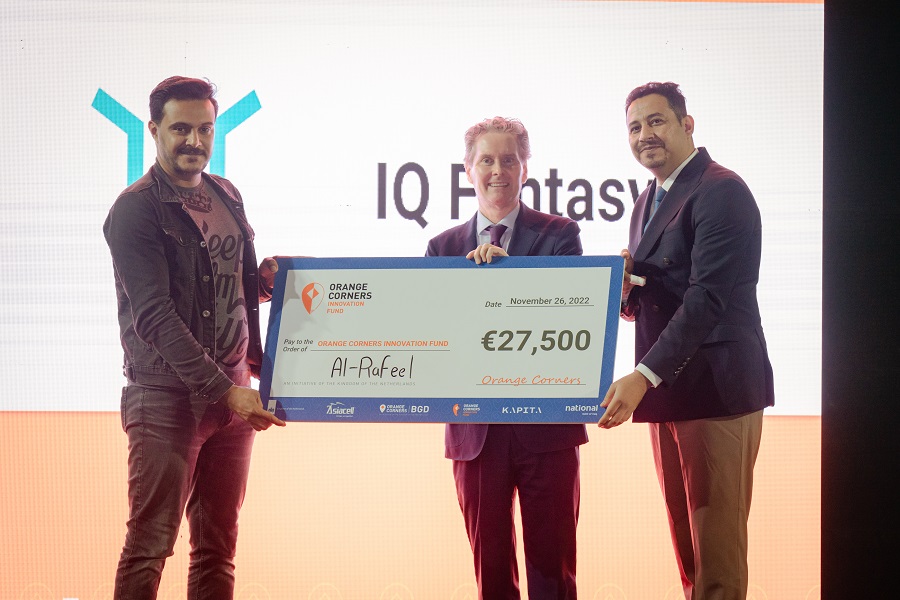 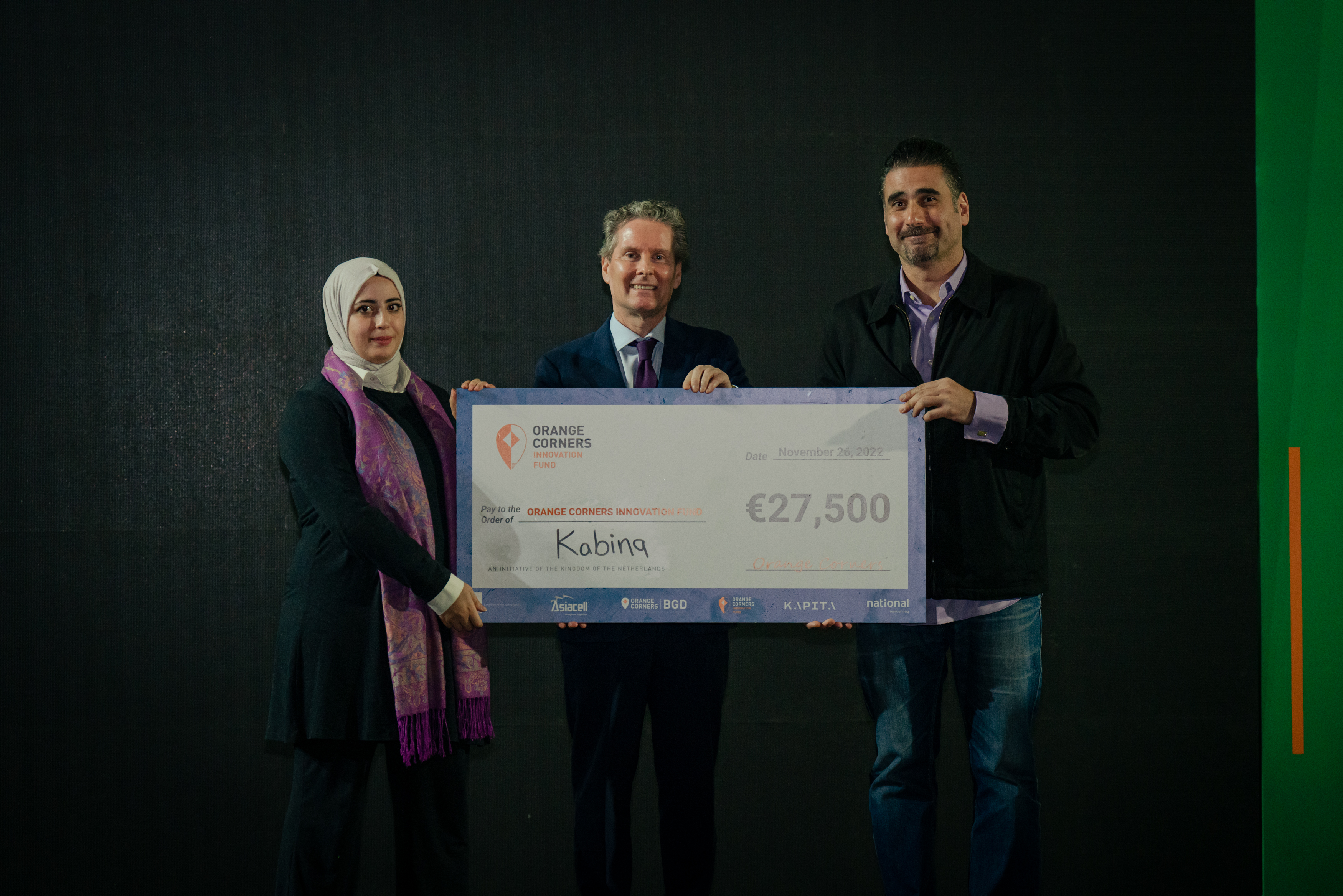 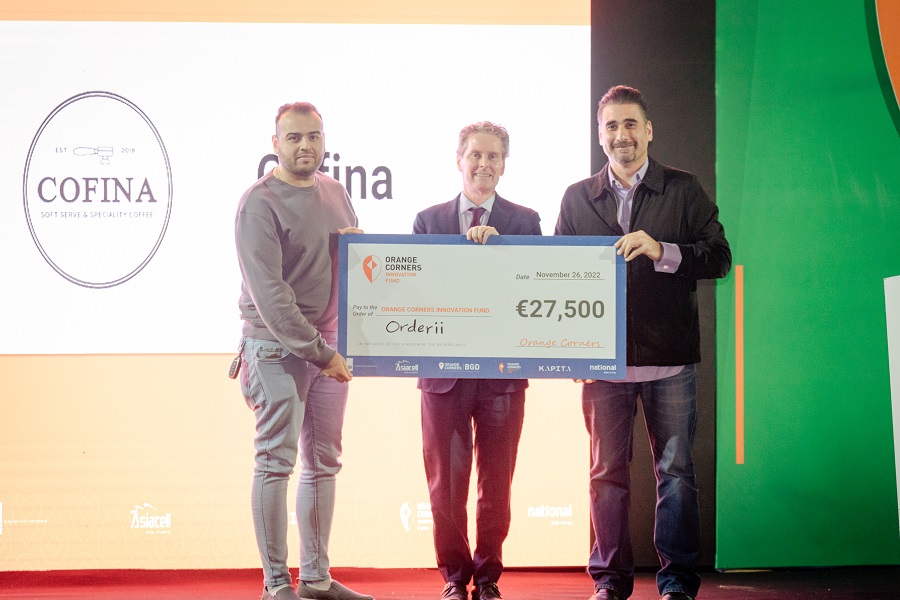 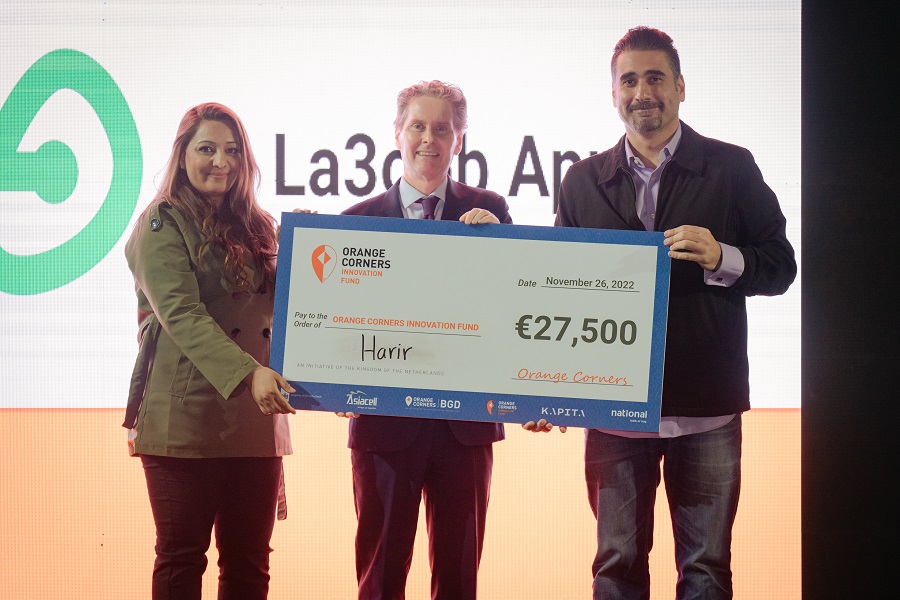 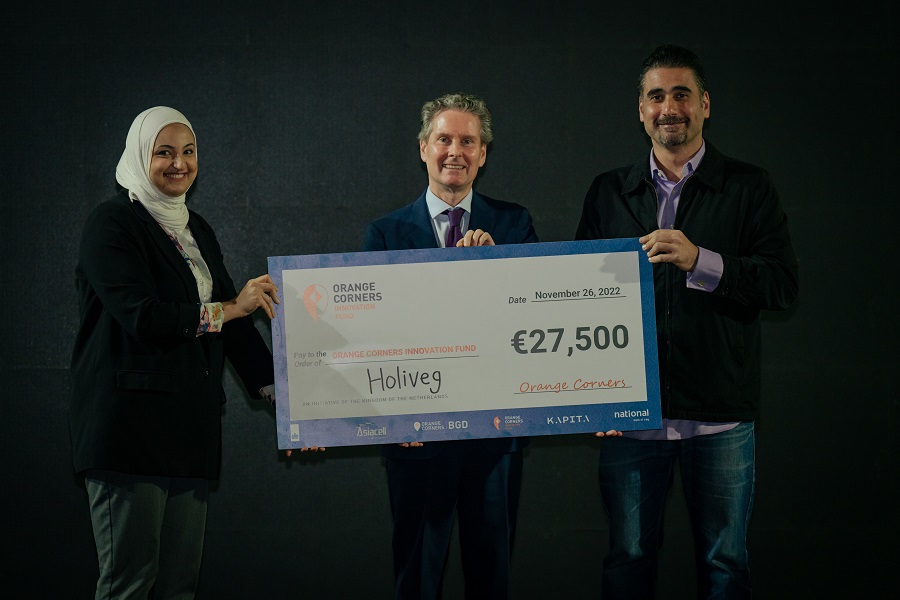 * OCIF Baghdad, a EUR 1 million fund that will be used to support businesses entering the Orange Corners Baghdad program with financial assistance and training. OCIF Baghdad will be implemented by KAPITA with NBI being the banking partner for the program. The OCIF program is funded by the Ministry of Foreign Affairs of the Kingdom of the Netherlands.

Finally, we concluded our ceremony by handing out certificates to the graduate startups of the Orange Corners Baghdad 5th Cohort.

On behalf of KAPITA’s team and the Orange Corners Baghdad Program, we wish all graduates successful careers and projects to impact the Iraqi entrepreneurial community positively. 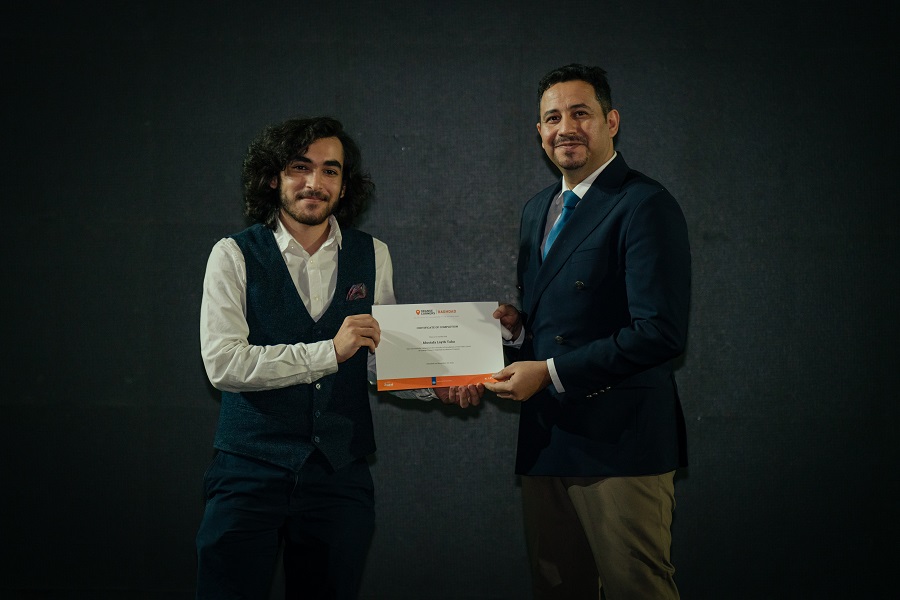 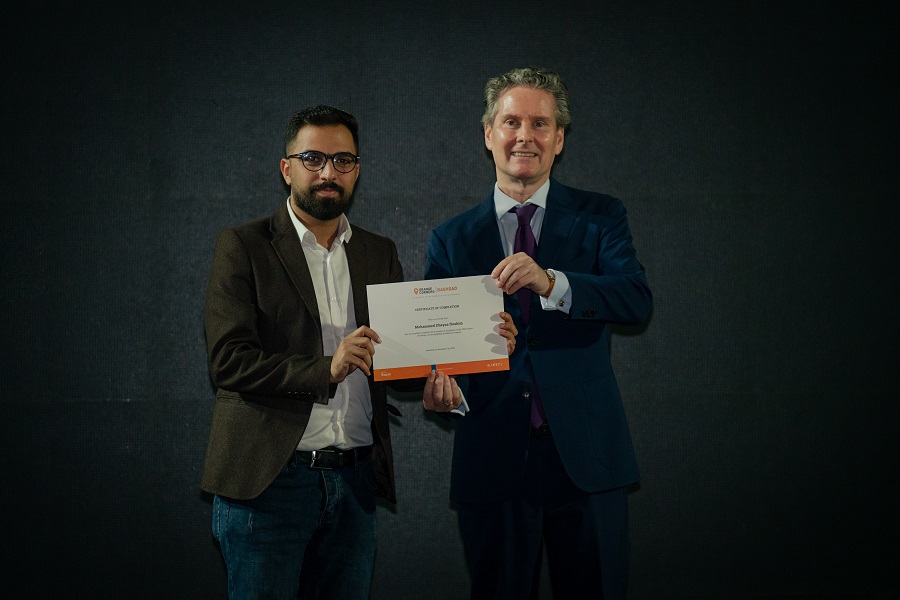 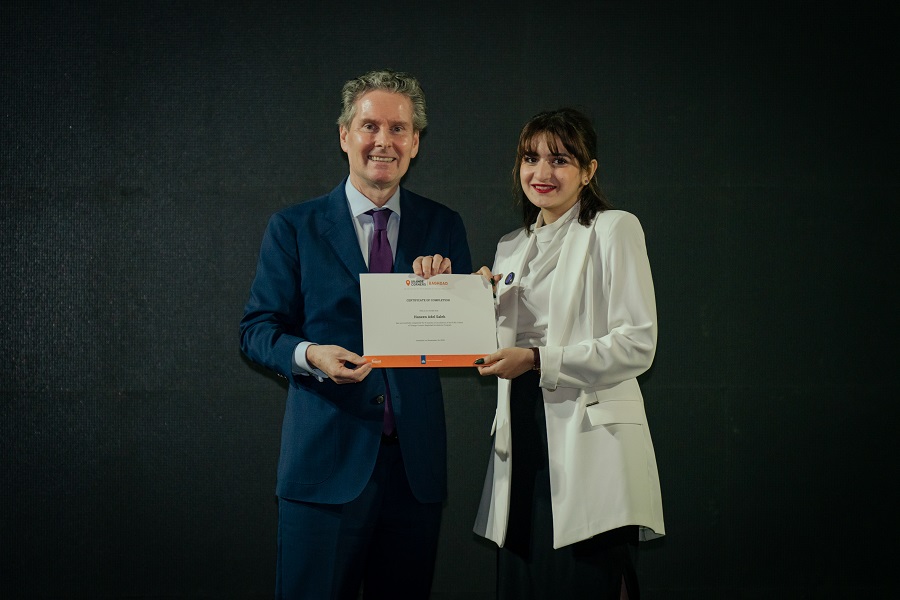 Orange Corner’s Baghdad is an initiative of the Dutch Embassy in Baghdad. The economic priorities of the Netherlands in Iraq are agriculture, water, and entrepreneurship. KAPITA supports the community of young entrepreneurs in Baghdad by building youth capacity and developing successful businesses. We incubate 20 startups for six months: starting with providing a co-working space, training and developing their business, events and masterclasses, a positive environment and an opportunity for investment.