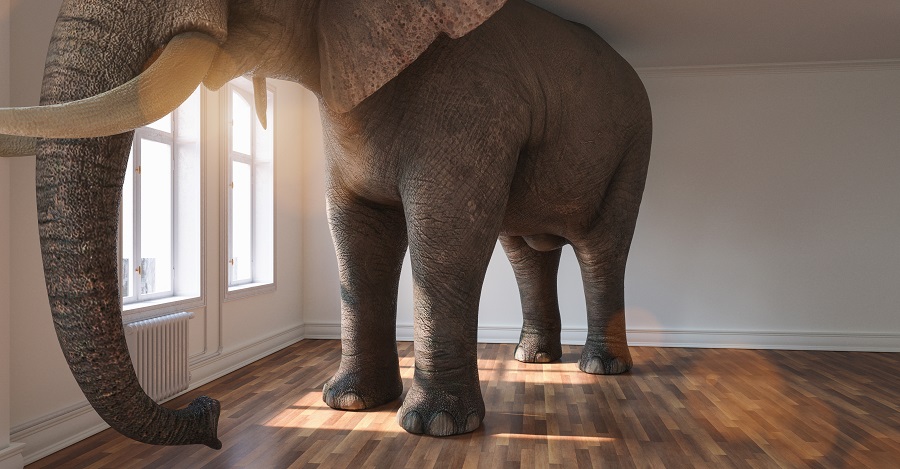 The Elephant in the Room: Investigating the Absence of International Services, Root Causes, and Missed Opportunities

In this jointly developed article, Rawaz Rauf sheds the light on the missing financial services and the impact on the Iraqi market, while KAPITA’s research team further investigates the issue searching for the root cause of the problem.

Iraq suffers from a lack of many services due to financial payment issues. A few options are available in the market, yet those services are not up to international standards and are mostly only functional within Iraq. These setbacks are affecting the online payments for Iraqis. It could be observed that many international corporations are not accepting payments from Iraq for a variety of reasons. However, no matter what the reason that might be listed, the fact that Iraq has a weak financial system in regards to the digitalization of currency and the reliance on cash for day-to-day purchases, would seem to be the prevalent reason. Many sources of income that the young generation of Iraqi citizens are being denied are closely tied with this problem.

There are many examples of services that are unavailable to the Iraqi market:

All these international companies have different profiles and offer various services, each limiting access from Iraq in a different way, but payments seem to be a very common reason amongst them.

Investigating the Roots of the Issue

KAPITA’s Research Team wanted to dive deep into this issue to dissect the reasons behind those problems. We came to an understanding that this issue is having a negative impact on the introduction of Iraq into the global market. It is causing Iraq to be isolated from many opportunities. In our effort to understand the issue, we have spoken to financial experts, researched the issue thoroughly, and also contacted the aforementioned companies to get answers to our questions. Therefore, we are presenting the reader with a breakdown of the categories of the most common reasons preventing those services from operating in Iraq.

We have narrowed down the issue into four major points; inadequate laws and regulations, the risk appetite, the remnant stains of sanctions, and ranking low on the expansion list of services. We are going to break down each of these points and explain why they are hindering Iraq from being a part of the global market and how a push and an actual effort to modernize Iraq in that aspect is becoming an ever-increasing necessity. Hence, financial institutions could thrive within a whole system that is up to date with the rest of the world.

Iraq is lagging in terms of technology. Although a considerable portion of the population is young and tech-savvy, there are not many ICT developers in government and financial institutions. Today, the majority of transactions in Iraq are made in cash or cheques. Moreover, most governmental processes are made offline through the rigid bureaucracy.

The modes of communications within government entities are still made in official letters that are delivered sealed in hand, while most of the world transitioned to using emails decades ago.

The laws in Iraq regarding payment processing services are quite vague, and difficult for international companies to expand into the Iraqi market. According to the Electronic Payment Services System Regulation (3/2014), payment processing services could not be performed without a permit from the Central Bank of Iraq. To obtain the permit, the company providing those services must comply with some rules. They should provide a copy of a company incorporation certificate and a company founding contract, and minutes of the appointment of the managing director certified by the Companies Registration Department. These bureaucratic steps are not appealing to international companies.

Due to the political unrest in Iraq, with insurgency, wars, and demonstrations, Iraq has been viewed as a risk for many international businesses. One of the companies that we have spoken to has told us that they viewed Iraq as a high-risk country and were advised by their legal team not to operate there for the time being. This is an established view, as the opportunities Iraq presents, being a potential market of 41 million people, do not outweigh the risk involved in operating there.

We could not forgo the fact that Iraq has only recently witnessed a degree of stability. Places in Iraq, like Mosul, have been under the occupation of ISIS until late 2017, this was followed by the protests and social unrest in 2019. Though, to people who are familiar with the Iraqi ecosystem, one could not consider Iraq as one big market but many different markets under one umbrella. Yet, many international companies, due to the lack of business information from Iraq, view Iraq with one lens. The Business LANDSCAPE has been told by an investment expert in International Banking that a certain company wanted to operate in Basra in 2014, but pulled out of the market when ISIS invaded western and northern Iraq. This is an example of how international companies misleadingly view Iraq as one big market, and the potential risk in certain areas of the country is being perceived as enough reasoning for investors and companies not to tap into the Iraqi market’s value.

The Remnant Stains of Sanctions

Though many people, especially in Iraq, view the international sanctions that were placed on Iraq as a result of the invasion of Kuwait as a thing of the past, however, this is not the case of some international businesses. When we contacted those companies, they claimed that Iraq is listed as one of the countries on the U.S Department of Treasury’s sanctions list. Claiming that as a result, “there are restrictions by the US to prevent conducting business with citizens of that country.”

However, upon further inspection, we have found that Iraq is not listed in the US sanctions, as the latest update, dated to September 13, 2010, of the Department of Treasury’s Office of Foreign Assets Control (OFAC); An Overview of the Iraq Stabilization and Insurgency Sanctions Regulations list clearly states that “there currently are no broad-based sanctions in place against Iraq.”

Nevertheless, 104 individuals and 37 entities within Iraq are listed on the Specially Designated Nationals and Blocked Persons. Ideally, this should not be considered an issue for international businesses, yet, again, we see that the insignificant knowledge of the Iraqi business scene will not allow for businesses to know what is the actuality of Iraq as much as the perceived image.

The most common answer when asking international companies about their lack of presence in Iraq is that they have not expanded their operations to Iraq. Most of these companies gave an apologetic answer while stating that they are hopeful of entering the Iraqi market at some point in the near future. We can deduce that their reasoning might be intertwined with the aforementioned reasons as well as the fact that Iraq is a market yet unknown by potential. International companies know very scarcely about business in Iraq. This fact is, as much as there are opportunities in Iraq, the country is still unappealing to international companies. Although, we still hope that there is a light at the end of the tunnel, even if there are several steps to be taken.

Several steps have to be taken to help open Iraq to international companies. The effort has to be made by all stakeholders in the Iraqi business ecosystem. It is more of a trickle-down process. The first stakeholder that needs to take the initiative forward is the government. The laws and regulations are all outdated and rigid. The government must loosen those laws and regulations in order to help the country into a more smooth transition into a healthy private sector. The government must also, with the help of the international community, make businesses understand that Iraq is no longer a sanctioned country. The government must hold sessions that inform businesses of the recent positive developments that are happening in Iraq. This is a duty that should be undertaken by the Ministry of Foreign Affairs with coordination with the embassies present in Iraq. Info sessions, publications, and success stories should entice businesses to view the value of operating in Iraq.

As much as risk is a factor that cannot be overlooked in Iraq, the fact that Iraq is made of several markets, those markets offer opportunities that cannot be undermined. A market that has a consumer base of over 41 million people and a labor force participation rate of 42% as of 2021 should be an appetizing factor.