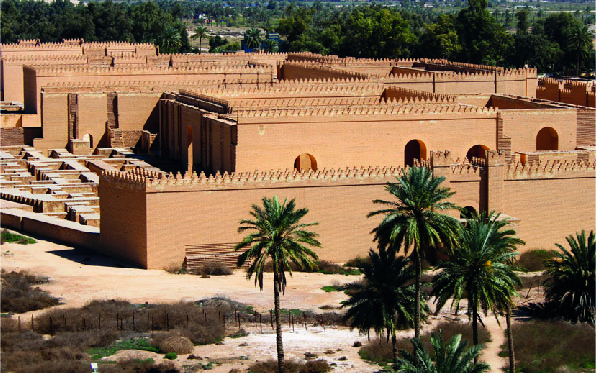 There is a shift in the Middle East to turn away from welfare economies into an open market approach, with tourism being at the forefront of this shift. The UAE reported 21 million tourists in 2019, Egypt, 3.5 million tourists in 2020, and Lebanon 4 million tourists in 2019. Though, the numbers are expected to be lower for the 2020/2021 seasons due to the COVID-19 pandemic. However, as vaccinations are being administered worldwide, the numbers should climb upwards. Dubai, for example, launched two campaigns by Dubai’s Department of Tourism & Commerce Marketing in early 2020, including #WeWillSeeYouSoon and #TillWeMeetAgain to engage with tourists during the lockdown period, following it up with #ReadyWhenYouAre in July 2020.

Cultural and Heritage Tourism, specifically, is playing an important role given the region’s extensive cultural history. Cultural and Heritage Tourism is a term that defines a wide range of alternative tourism aspects concerning the culture of a particular country, the lifestyle of a specific population, the geographical nature of the country, the past of its inhabitants, their history, and civilization, the architecture, religion, food, art, or any other of aspect that shaped the population of that state. These include heritage tourism, ethnic and tradition tourism, cultural sites tourism, festivals tourism, and cultural creativity tourism. Cultural and Heritage Tourism is an important aspect of the economy of a state, it boosts domestic economic growth, creates job opportunities, including seasonal jobs, and drives investment opportunities, especially in the hospitality industry. Many Middle Eastern countries have been capitalizing on this aspect of the tourism sector. For example, Saudi Arabia is set to invest up to $2 billion in cultural tourism as part of Saudi Vision 2030 and in 2015, Oman pledged investments of $2.5 billion for the Omagine Project, a 99-hectare mixed-use development integrating cultural, educational, entertainment, and residential elements. UNESCO World Heritage Sites and historical sites like Al Ula and Diriyah in Saudi Arabia, Petra and Wadi Rum in Jordan, Al Fahidi Fort in Dubai, and the Heritage Village in Abu Dhabi, have been invested in extensively and are providing a constant stream of revenue to these countries.

Iraq’s tourism industry, on the other hand, has been mostly based on religious and domestic tourism. However, that can change, based on the fact that Iraq has a significant and rich heritage and culture, covering thousands of years and diverse ethnic and historical backgrounds. Some of the world’s most ancient civilizations prospered in Iraq and continued to be a hub for later civilizations over millennia later. From the ancient land of Sumer to the Assyrian and Babylonian empires, through the Persian and Medes empires, to the Lakhmids and Islamic empires, a fusion of civilizations that have been built one over the other. This tapestry of cultures enriched Iraq’s history and created a unique national identity that is, almost, unrivaled anywhere in the world. With many UNESCO heritage sites like Ashur, Babylon, Samarra, Erbil Citadel, Hatra, and the Southern Marshes. There is vast potential in this aspect that is currently almost untapped. Unfortunately, there is not much attention on investing to capitalize over a market that is ripe and ready to be cultivated. Due to negligence and rapid modernization, the market is being sidelined and almost disappearing. However, there is a light at the end of the tunnel that promises, if by little hope, that an improvement would happen.

Wen (Iraqi vernacular for Where) is a startup, established in 2019, by a group of no more than five individuals, which focuses more on the tourism sites that have been forgotten, neglected, and often overlooked. ِAhmed Awdeh, one of  the co-founders, told Business Landscape that their “main goal is to work as much as possible and with an effort limited to several individuals to shed the light on the beautiful natural, traditional, and ancient sites of the country and encourage people to visit them, to get to know their country more instead of traveling abroad.” Through their Facebook page, Wen promotes historical and cultural tourism sites that their team visits and explores through photography and videos. Stating that they want to be “a voice and a means of pressure on the concerned authorities to take care of such wonderful and ancient places.” He believes that the market for domestic tourism has the potential to develop stating, based on the turnouts they are getting that there is a “good demand if this market is to be invested in and developed correctly,” and that their team “expect that the tourism sector in Iraq will get a turnout not only domestically but internationally as well.”

However, they have faced many challenges. The negligence of the archaeological sites that they visited where there were not any “paved roads to reach them, not even a concern for their cleanliness or rehabilitation, and there are no maps to indicate the place, no explanatory signs, nor tour guides. In addition to the fact that most of the tourist facilities in the country do not have any infrastructure to encourage travelers to come, such as hospitality facilities, markets, etc.”  That caused a lack of international presence within the sector citing obtaining a visa as a problem. However, that was recently resolved by the Iraqi government with a law that allowed many countries to obtain a visa on arrival.

Ending on a good note, Ahmed believes that “to develop the local tourism sector in Iraq, we should head towards private investment and facilitate the task of investors and attract them to work in this important and vital sector in the country. Improving the conditions and laws concerning it.” Adding that “Iraq is a tourist country par excellence, not an oil-dependent country.” With the cultural and heritage tourism industry that can be “an exceptionally large and inexhaustible resource that provides thousands of job opportunities for Iraqi youth who are currently suffering from terrible unemployment,” if this important sector is developed “in accordance with the economic vision of specialists in this field.”

On the commercial side of the sector, Noor Hashim, a young female entrepreneur from Baghdad, established a startup called Hili. Hili, a word that means love or attraction in the Ancient Sumerian language, is a startup that took traditional handicrafts from Iraq and established a brand for them. Seeing that Iraq has a need in the souvenir market and that people who visit the country often leave without anything as a souvenir of their trip. Hili hires “unemployed female graduates and widows” to support a marginalized group of society. Noor told Business Landscape that the reception of her products was mostly positive. “People loved the products that we offered, the way it was presented, and the awareness that we provide in support of the Iraqi product and the revival of Iraqi heritage through our products.” Hili produces handmade, traditional, and is inspired by the culture, handicrafts that are “100% Iraqi products.”

According to Noor, Hili’s main goal is “to be the brand that promotes and make people fall in love with, Iraqi civilization and heritage, in a simple and aesthetic way, to convey to people an image that we love our country and its culture deserves our attention.” She also added that part of their goal is “to help the women who work with [them]” and “be a provider of job opportunities.”

When asked about the challenges that face their startup, Noor told Business Landscape. “Most of the challenges we face are financial ones, as well as employment and investing in human resources.” Noor believes that training the employees to understand the nature of the business is part of this challenge.  Hili also tries to distinguish themselves from the competition. “Most of our products have a story.” Noor said, “We try not to get carried away with products that are easy to manufacture or cheap, although we have mass-produced goods, however, we preserve their value with special designs and display methods, delivery, and packaging services that call attention to our brand. These aspects are overlooked by our competition, which is what sets us apart from the rest.”

Noor believes that a revival in Cultural and Heritage Tourism would be a turning point in the development of Hili. “We will be among the thriving startups in the country.” She believes that “people like to buy Iraqi products, and we try to concentrate all our efforts to provide endearing products that we can be proud of when sold as souvenirs from Iraq.”

The outdated and abandoned landscape of the Cultural and Heritage aspects of the tourism sector offers untapped and fertile investment ground. The ground is being laid to be capitalized upon by startups with the vision and foresight to improve the sector, with the relative peace period that Iraq is striding upon, opportunities can be countless for investment and improvement.