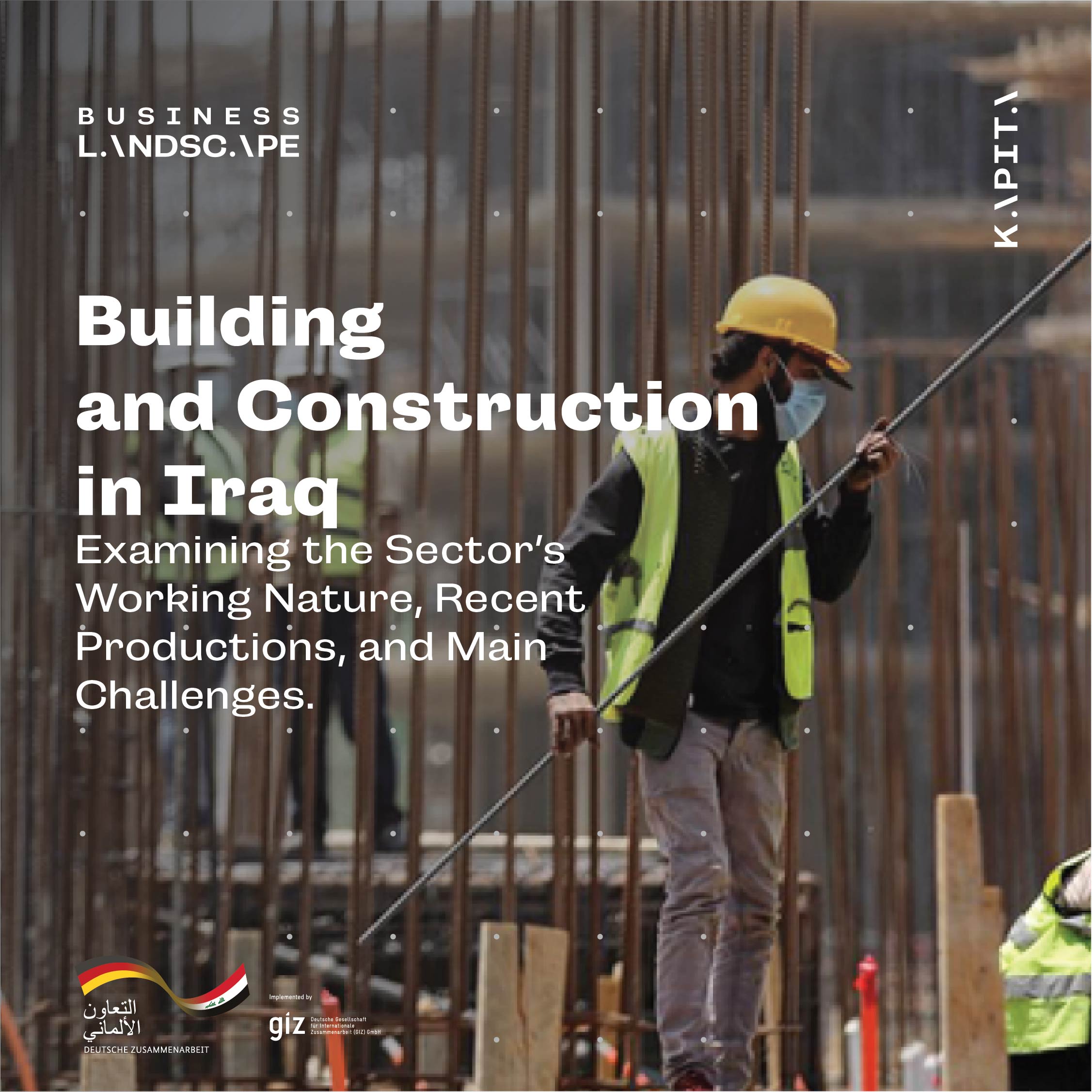 The building and construction sector is one of the most vital sectors, holding the key to a prosperous future for Iraq. It has an enormous effect on the country’s economic, political, and social grounds, as it is a labor-intensive sector that could play a crucial role in enhancing Iraq’s employment rate. In addition, its progress reflects the prosperity of the country’s political grounds, and consequently, the country’s social grounds.

The Iraqi building and construction sector was the third-largest non-oil sector in 2014, representing 8.1% of the total GDP. That percentage decreased dramatically to 5.1% in 2015 and partially regained ground in 2016 to reach 6.67%. In 2020, the percentage plummeted to 2.22% of the total GDP, due to the global COVID-19 crisis and the drops in oil revenues.

The Iraqi National Development Plan that was devised in 2018 aimed to achieve a 6.8% GDP growth rate in the building and construction sector over the next 5 years. This goal was not met, however, possibly due to security concerns and changes in oil prices causing the sector’s GDP to drop to its lowest given value at 4.27 trillion IQD in 2020, 21.9% of the planned value for that year.

The Iraqi building and construction sector ranked 7th among neighbouring countries in terms of gross value added at 9 billion dollars, and the sector’s percentage of the total GDP ranked 5th at 7.43% in 2019 compared to the given countries.

The Iraqi construction sector is divided into public (which includes government-funded projects such as roads, bridges, public buildings, and housing projects) and private (including privately funded projects such as dwellings, commercial and residential buildings, as well as industrial and social service structures) sectors, each with their own processes of establishing a project.

The majority of the private sector workers in 2019 were aggregated in Baghdad with 16,559 employees, followed by Basra with 3,366 employees, while Ninewa ranked last with only 347 employees.

●  This sector has faced and is still facing a myriad of issues throughout the years. Because most of the allocated funds to the sector are public, government and political dynamics have a strong influence on the sector’s development. Government unrest and an unstable security situation hinder the growth of this sector, as is seen with the destruction of infrastructure and housing caused by ISIS, this is reflected in the aforementioned data; the period between 2014-2017 witnessed dramatic drops in most facets of the sector.

●        Corruption is another major issue in Iraq’s government system, as it is among the 20 lowest ranking countries in the world, ranking 160 out of 180 (Transparency International: Corruption Perceptions Index, 2020). Corruption strongly discourages economic activity in the sector, it also leads to negligence and consequential non-ethical compliance with laws and regulations (Challenges Facing Construction Contracts In Iraq, 2018).

●        Administrative issues contribute strongly to the failure of a construction or building project. A 2019 study shows that performance factors related to contractors have the most impact on project execution. Faulty leadership, poor selection of teams, and insufficient qualifications of contractors can all possibly lead to the failure of a project (Factors affecting performance at the Iraqi Construction Projects, Ministry of Construction, and Housing and Municipalities and Public Works of Iraq as a case study, 2019).

●        Consultants can also have a negative impact on project performance, as defective designs and drawings, as well as insufficient specifications, can compromise project success. Some project issues can also be attributed to the owners, such as delays in payment and excessive interferences can hinder project advancement (Factors affecting performance at the Iraqi Construction Projects, Ministry of Construction, and Housing and Municipalities and Public Works of Iraq as a case study, 2019).